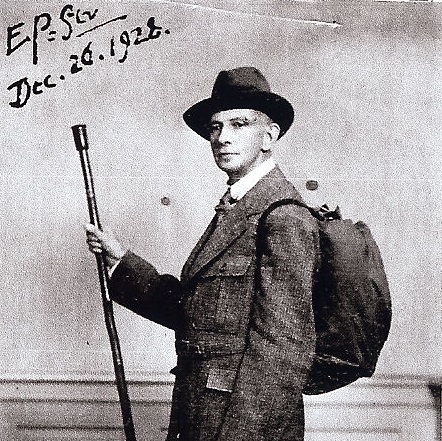 Left to Themselves: Being the Ordeal of Philip and Gerald (1891)

Known to scholars as the author of the first openly American gay novel, Edward Irenaeus Stevenson remains a largely forgotten and neglected writer. Over a decade before the publication of his ground breaking literary milestone, he published Left to Themselves a fascinating young adult novel, which in my humble opinion is a gem that deserves a revival. Stevenson writes with gusto as we follow the adventures of two boys, who united in romantic friendship, overcome the most incredible obstacles. It’s really hard to believe that such an enthralling novel with a shipwreck, an attempted kidnap, an equinoctial tempest and a relentless predator could have remained out of print for over a hundred years! It was reissued only earlier this year by the excellent Valancourt Books. 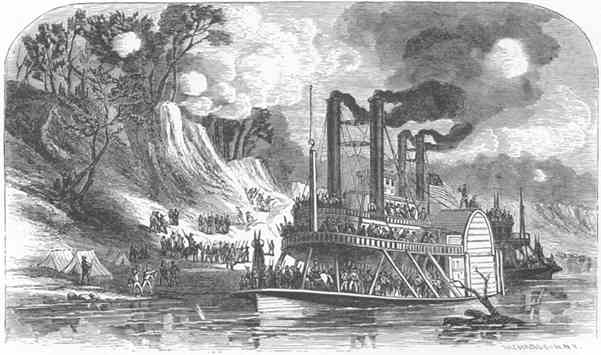 Patrick Sip, a seasoned tramp, is grumbling about life, after his fifth escape from the workhouse. He is asking himself what people find so attractive about nature when he can’t even get a morsel to eat except berries in season. He sees the twelve year old, well-to-do, Gerald Saxton, who is fishing and decides to harass him for his hamper. The startled boy sprints towards a farmhouse and the chase is only cut short by the intervention of an older boy, Philip Touchstone.

Philip and Gerald bond instantly on their wagon journey to the Ossokosee Hotel. Gerald notices how Philip becomes red in the face when he talks about his father. At the lodge they overhear General Sawtelle discussing Philip’s deceased father, and Philip decides it’s only fair that Gerald should hear the truth before they become firmer friends. It transpires that Mr. Touchstone was involved in the infamous Suburban Trust Company robbery for which he was later sent to prison. After his release he died of consumption. His wife also died, and Philip was left an orphan. The chapter concludes with a closer intimacy between the two boys, with Gerald declaring he doesn’t believe what people say about Philip’s father.

The following day Mr. Marcy and Gerald go to the river to watch the annual regatta. Gerald is excited and hopes to see Philip rowing for the Ossokosees crew. The Ossokosees have been beaten three consecutive times by the Victors, so many have turned up for the race. The race is beautifully narrated by the author and we see a glorious victory for the Ossokosee Club. At the end of the chapter we are told Philip and Gerald go to sleep, ‘Gerald with one hand under his yellow head, and the other just touching Philip’s arm’.

Mr. Marcy receives a letter from Gerald’s father requesting his presence in Nova Scotia. Philip is asked to escort Gerald on the long trip, and the boys are delighted with the idea. On their train journey to New York they fail to notice a strange man listening to their conversation. He reads the letter that Gerald has carelessly dropped and disappears. Minutes later the train arrives at the next station and the supposed ‘Mr. Hilliard’ greets the boys with some alarming news. His apartment has apparently been involved in a fire, and he suggests the boys come to the Windsor hotel for the night. Of course, Philip is suspicious, but Gerald thinks it will be fun! Thankfully, the train experiences engine troubles and stops for repairs. The passengers decide to stretch their legs until they are summoned back by the whistle. During the interval, ‘Mr. Hilliard’ sees to some business, and the boys explore an abandoned cellar. Suddenly, they hear the whistle, but they arrive too late and the train departs without them! Finding themselves in a quandary, they catch the adjacent freight train, and alight somewhere in up-town New York. They find Mr. Hilliard’s apartment and ask the butler where he is. Curiously, Hilliard is upstairs on the second floor, and it appears there was no fire! The boys are astonished when they meet the real Mr. Hilliard, and conclude the other must have been an imposter!

The next day Mr. Hilliard takes the boys to the Old Province steamer and they sail for Halifax. It’s a rough passage and the seasick Gerald retires to his cabin. Philip removes to the dining room where he notices the imposter ‘Hilliard’ sitting with a gentleman in the corner. Returning to the cabin, he finds that Gerald needs some ice for a headache. Philip locks Gerald in his room and goes looking for a porter. He meets the imposter and agrees to a private meeting. Philip learns that Belmont (the imposter) intends to kidnap Gerald. He has informed the captain and the authorities that Gerald is ‘his’ boy, and he plans to leave the ship at Martha’s Vineyard in the morning. Philip is outraged by this audacious story. Belmont says he will also accuse Philip of kidnap if he tries to interfere. After a prolonged battle of wills, Belmont says he will call the Captain and Mr. Arrowsmith, the mate, so they can decide who is bluffing. Suddenly, there is a terrifying explosion and Philip and Belmont are thrust together. After much commotion, the captain announces that the explosion (in the hold) has broken a hole in the bow and the steamer is sinking! In the ensuing chaos the boys are safely stowed with the secondmate in a little raft and pushed out to sea. Belmont attempts to board the same boat, but is stopped due to lack of room. During the journey they hear a distinct bell and realise they must be close to land. A lady on board then loses her balance and her baby is tossed into the water. In a desperate frenzy she upsets the entire raft, and everybody including the cargo gets cast into the sea! The only remaining passenger is Gerald ‘stopped by the gunwale’, and Philip who is holding on for his life. Eventually, Philip climbs back on board, but the excitement has been too much for Gerald and he swoons in Philips arms. The next day the newspapers publish the sinking of the steamer and both Philip and Gerald are reported drowned. However, the boys are quite alive, and after several days at sea they finally wake to a bright blue sky and see land in the distance. They then dock in a small cove and make their way towards a farmhouse.

Philip leaves Gerald resting while he heads to the farm. The doors and windows are wide open, but nobody is at home when he arrives. He decides to collect Gerald and take the liberty of resting for a while. Philip prepares some food and notices Gerald is feverish and listless. He puts him to bed, and heads to the area where they left their boat. The vessel is gone and after hours of talking gently to Gerald, they fall asleep, until the return of Mr. and Mrs. Probasco. The boys tell their story to the astonished couple, while Mrs. Probasco nurses Gerald. Philip and Mr. Probasco then devise a plan to sail over to the town on the following morning to dispatch letters and telegrams. Unfortunately, the next morning they wake to an equinoctial tempest, and it’s impossible to attempt a crossing. Cooped up in the house for several days they observe the storm, and during the course of one evening, the Probascos reveal the history of the shady Mr. Jennison, their current landlord. Mrs. Probasco explains how he once came to the house with a bunch of dubious characters who were later embroiled in the Suburban Trust Company robbery. As Philip muses whether it is prudent to question her further about his description, Mrs. Probasco tells the boys she has a photograph of him somewhere upstairs. Philip has some reservations and discreetly prompts Mrs. Probasco not to continue the discussion until Gerald is safely asleep. Later in the evening he is shown the photo, and instantly recognises the imposter, aka Belmont, who had caused them so much trouble on the steamer. Philip tells the Probasco family the whole story and explains how Gerald and he must leave the island as soon as it is conveniently possible, as a further encounter with Jennison could be disastrous! The weather clears a little, but due to his Rheumatism, Mr. Probasco is unable to take the boys over the water. A local fisherman is then engaged to ferry them to Chantico, and from there they take a stagecoach to Knoxport.

When they arrive at the hotel they notice Gerald’s father and Mr. Marcy have already checked out. Philip tries to send a telegram, but the lines are frustratingly down due to another huge storm. Mr. Banger (the manager) suggests they inform the papers about their miraculous survival, but Philip is concerned it may alert Jennison prematurely. In the end Philip agrees to the publicity and Banger tells a journalist about their incredible story. The following day there is still no news from Marcy or Gerald’s father and the boys start to worry. Indeed, Mr. Banger also begins to doubt the boys’ story. Retiring to bed Philip hears Jennison’s voice in the lobby. He extracts some information from the proprietor before leaving on his horse.

Philip and Gerald decide that if there’s no news by the end of the day, they will make their own way back to Ossokosee. While Philip is out, the despondent Gerald encounters the persistent Mr. Hilliard-Belmont-Jennison. The imposter attempts to persuade Gerald to leave with him under the ruse of being sent by his father. At that moment Philip arrives and there is a heated altercation. A group of detectives then turn up at the hotel and arrest Jennison (actually known as Billy) for forgery in Boston. The party is further interrupted by the arrival of both Mr. Saxon and Mr. Marcy. Overcome with emotion they relay their story to the dumbfounded men. It transpires that Jennison had been seeking revenge for an earlier failed investment. As they are concluding their adventures, a policeman reappears and tells Philip that Jennison wants to see him at the courthouse. Jennison gives Philip the evidence to exonerate his father from the infamous bank robbery. It appears that Sixsmith the bank janitor had been bent on revenge and causing Mr. Touchstone grief. Philip reads Sixsmith’s deathbed confession and returns to the hotel. He sits with Mr. Marcy and they talk about his interview down at the Courthouse.

In the final chapter the author ties up the loose ends. Saxon, Gerald, Philip and Marcy now live together in the Osokosee Hotel, and Mr. Saxon considers Philip his second son. Later, the two boys (financed by Saxon) go off to college together. The novel concludes with the following observation: ‘But- if one yields to the temptation to be among the prophets, and closes his eyes, there come, chiefly, pleasant thoughts of how good are friendship and love and loyal service between man and man in this rugged world of ours; and how probable it is that such things here have not their ending, since they have not their perfecting here, perfect as friendship and the service sometimes seems. Therewith the inditer of this chronicle sees Philip and Gerald walking forward, calmly and joyfully, and in an unlessened affection and clearer mutual understanding – into their endless lives’.